Why Can't Your AC Keep Up With Hot Weather?

While many problems with your car's air conditioner may stop it from working altogether, others can result in reduced cooling efficiency or an inability to deal with hot temperatures. Although your car's cabin is much smaller than your home, the cooling load on its air conditioner can be extreme. Due to the materials that make up a car, the sun's constantly bathes the interior in heat.

As a result, your AC may begin to suffer as temperatures increase. Even if the air conditioner seemed to be keeping pace with temperatures earlier in the season, you might notice your cabin becoming warmer or more humid as the season wears on. If your AC isn't keeping you comfortable, it might be due to one of these three reasons.

Your AC compressor shouldn't run continuously, but it shouldn't rapidly turn itself on and off again, either. This condition is known as short cycling, and it can impact your car's ability to keep you cool. When the system short cycles, the compressor may turn off before removing enough moisture from the air or before the cabin reaches an appropriate temperature.

Common symptoms of short cycling include air that cycles between cold and warm or increased levels of humidity. A rapidly cycling system may be able to keep you somewhat cool when the weather isn't too warm, but it won't be sufficient when temperatures or humidity increase. Short cycling can have numerous causes, from condensate drain clogs to improper refrigerant pressure.

Your car's blower serves the same purpose as the blower in your home HVAC system: to move air across the evaporator coil and into the cabin. A failing blower tends to have two effects. First, you won't get a steady stream of air. From there, the evaporator coil will eventually freeze. A frozen coil can also cause the system to short cycle, making the situation even worse.

You can usually tell if you have a blower issue due to weak or inconsistent airflow in the cabin. In some cases, the fan may only operate at high or low speed regardless of your settings on the climate control panel. It's common not to notice this problem early in the season when the blower only operates at a low speed, but it can prevent your HVAC system from cooling a scorching hot cabin later on.

You need to replace your car's cabin filter on a regular schedule, just as you need to replace your home's HVAC filter. A clogged filter can reduce airflow into your cabin, reducing the efficiency of your system and preventing it from cooling down a hot interior. If you neglect your filter for long enough, you can also overwork your blower, cause your evaporator to freeze, ultimately damaging the compressor.

Read in about 3 Minutes 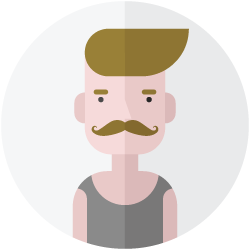